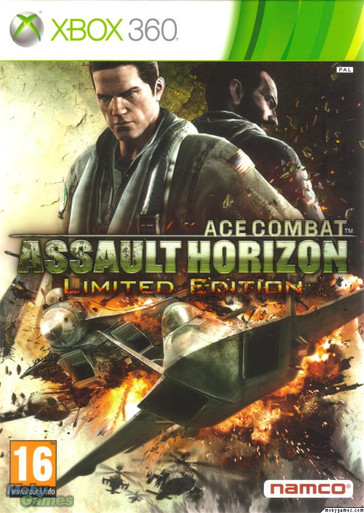 This Limied Edition comes with the game's soundtrack, a notebook signed by the dev team at Project Aces, plus a download card offering exclusive playable aircraft.

Close Range Assault - lets you get closer to the action than ever before.

Developed by the Project Aces team and written by best-selling military author Jim DeFelice, ACE COMBAT® ASSAULT HORIZON intensifies the franchise, escalating combat to the next level with aircraft that are literally torn apart, spewing oil and debris across the sky. Players will engage in combat across the globe, dodging skyscrapers, and turning their enemies into fiery supersonic debris in both single player and online multiplayer. Never before has combat been so fast and in-your-face.

"No flight action has ever looked so exciting or cinematic" – 360

"Call of Duty of the Skies" – Gamesmaster