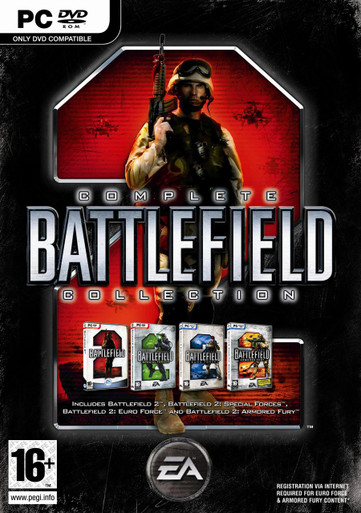 Lock and load, soldier! Head out to the frontlines of the 21st century with the original Battlefield 2 plus the Battlefield 2: Special Forces Expansion Pack and the two Booster Packs. Unleash the fury of an awesome arsenal in massive online battles featuring the franchise's legendary multiplayer warfare. Choose an army and enter the fray with laser-designated bombs, wire-guided missiles, sniper rifles, and much more. Roar onto the battlefield in tactical fighters, main battle tanks, four-wheel drive assault buggies, and other advanced vehicles. This is no minor skirmish-this is the ultimate collection of high-tech warfare on the modern battlefield.