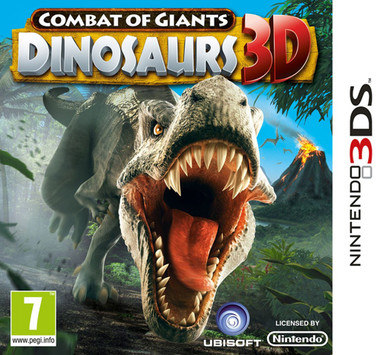 Over 150 million years ago in a world dominated by dinosaurs, natural disasters were changing earth and causing chaos. In the fight to become the top predator, only the most powerful dinosaurs could survive and had to battle the Arkosaurus, the most ferocious dinosaur species in the Jurassic world.

Combat of Giant Dinosaurs 3D is a unique single player blend of action combat from the perspective of dinosaurs, with light role-playing game (RPG) elements in which the goal is to become the top dinosaur and then challenge the main boss in the game, Arkosaurus. The game contains 4 groups of playable dinosaurs: apex predators, mid-level fast hunters, large aggressive herbivores and large defensive herbivores. Players choose one, customizing it as they see fit and controlling it in a series of rampages through the various environments found in the game. Along the way you must master the abilities of your beast as well as work on leveling it up by finding hidden items. More importantly you will also battle dinosaurs that you encounter. These will be both from your dinosaur's group and the other three. Battles require both offensive and defensive techniques in order to succeed at the highest level and special attacks are available. Additional gameplay elements are available via the 3DS' StreetPass functionality.

Social and wired like no Nintendo system before it, Nintendo 3DS brings fellow players together in exciting new ways with StreetPass communication. Simply set your Nintendo 3DS to Sleep Mode and carry it with you wherever you go. InCombat of Giant Dinosaurs 3D this means that your designated dinosaur champion can automatically battle other champions stored on other 3DS handhelds with StreetPass enabled that you come into wireless range of. Through StreetPass you can also exchange rare game items wirelessly. You control what data you exchange, making virtual connections with real world people you encounter in your daily life.