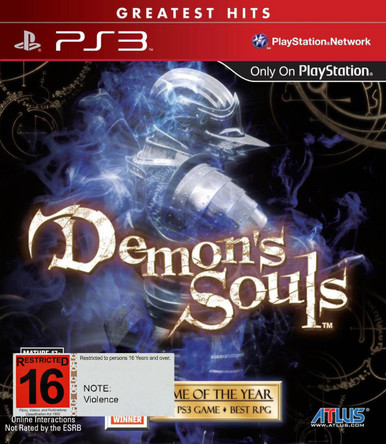 King Allant the XII, the last king of Boletaria, searched tirelessly to expand his might. The Nexus, a great ice shrine nestled in the mountains, bestowed the power of the souls onto him, bringing prosperity to his kingdom. Still unsated, he returned again to the Nexus, where he foolishly awakened the Old One from its eternal slumber. This long forgotten evil, now wrought upon Boletaria, plunged the realm into darkness and fog. A mighty demon horde poured into the kingdom, devouring the souls of men. Champions from other realms learned of Boletaria's fate and sought to deliver the kingdom from evil; none would return from the cursed land. Called upon by a mysterious maiden in black, you go forth, the last hope for humanity in a place lost to demons and darkness...