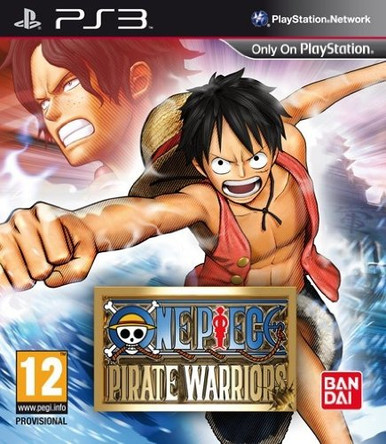 One Piece: Pirate Warriors brings together the world’s most popular manga franchise with the non-stop action of the Dynasty Warriors game franchise to create a perfect storm.

The game immerses players in the Straw Hat Pirates’ grand voyage around the globe, facing hordes of pirate and Marine enemies as well as experiencing all the great moments from the anime, from Orange Town through Marineford. Faithful to the original One Piece manga by Eiichiro Oda, players will relive their favorite scenes controlling many of the beloved pirates including; Luffy, Zoro, Nami, and others, each with their signature moves, including Luffy’s Gum-Gum attacks.

One Piece: Pirate Warriors invites players to do battle with a massive amount of opponents using the simple controls from the Dynasty Warriors series to wreak havoc on the battlefield. The story mode will drop players right into the heart of the rich One Piece universe filled with treasured characters, powerful enemies, touching moments and memorable scenes.