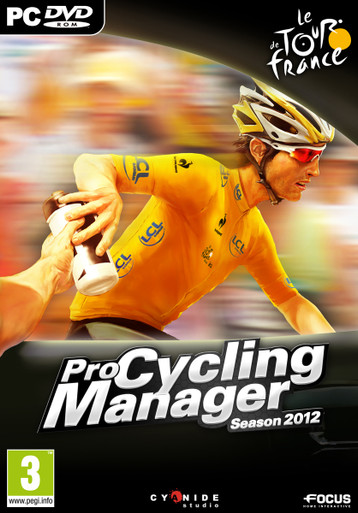 Pro Cycling Manager: Season 2012, the defi nitive PC cycling simulator, is back again to thrill cycling and management fans! Become the head coach, choose from over 80 professional teams and enter the legendary Tour de France! Sponsors, riders, contracts, equipment… you will have to manage every aspect of your team to lead it to victory and take home the famed yellow jersey.

Manage your runners during action-packed races, where only the fi nest strategies will top the incredibly realistic AI. Claim the top step of the podium in the most prestigious races in the world, like the Vuelta, the Giro, the Tour of Australia and the granddaddy of them all, the Tour de France. Compete with 20 other team managers from all over the world in a brand-new multiplayer mode. This year, players will challenge one another in a persistent world with a schedule to respect, where every victory counts!

New features include the season planner, which lets you manage race registrations for your riders for the entire season. A stage reconnaissance system and larger medical staff are also being introduced, and the User Interface has been rebuilt from the ground up.

More detailed and varied environments enhance the regional identity of every race. New buildings and scenery objects make the roadside spring to life. New rider models have been implemented, including some of the greatest champions of all time.

The new, ever-more responsive Artificial Intelligence will now take the riders’ fatigue, the current rankings and the competition’s evolution into account before making decisions such as following you in a breakaway or attempting a first-place breakaway over a mountain pass!