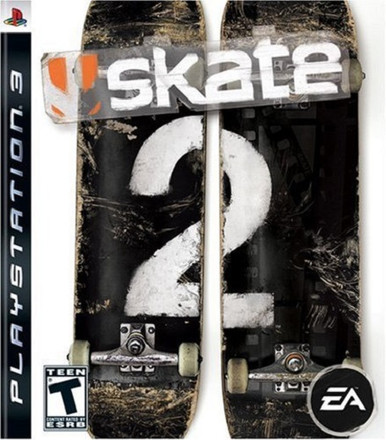 Skate 2 is set five years after the events in Skate It, where many earthquakes had devastated the city leaving it in ruins. Instead of the skaters' paradise that the city used to be, the new city dubbed New San Vanelona, has stepped-up security, thanks to Mongo Co., in order to protect the best parts of the city. This is the setting for you to rebuild your skate career and revive the city's skate scene.

Whereas you started the last game by learning the basics of skating, with Skate 2 you'll be immediately challenged by find a couple huge ramps. You start out at Slappy's, and while there are some tutorials, veterans will be able to blaze through them in about a minute. New players, on the other hand, will find Slappy's park to be inviting and easily accessible, and can get a taste of what's in store for them before taking on the entirety of San Vanelona. And once out there, you'll find that people you run into remember you and what you did five years ago, and are excited to see you back in action.