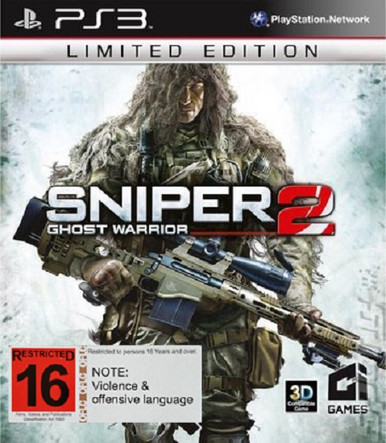 Sniper: Ghost Warrior 2 is military style First-Person Shooter (FPS) that specializes in sniper activity. The game is a follow-up to the original Sniper: Ghost Warrior release in 2010, and features sniping action set in three different terrain types: urban, jungle, and mountain. Features include an in-game spotter, differing sniping tactics, customizable play options that include levels of ballistics, a knife for silent stealth kills, heat and night vision goggles, intelligence and sniping missions, a bullet cam, a visibility meter on the mini map for keeping tabs on your enemies' view of you, and competitive multiplayer support.

You Are the Hunter

Sniper: Ghost Warrior 2 takes the bulls-eye precision of its 2 million plus best-selling predecessor to new and exciting heights. It is the only multi-platform FPS modern shooter exclusively designed around the sniper experience and built using the most advanced game engine in CryENGINE3. The missions of Sniper: Ghost Warrior 2 are graphically stunning and provide more diverse sniper challenges. Feel the kill as you experience unprecedented levels of realism in weapons, ballistics and environmental factors.