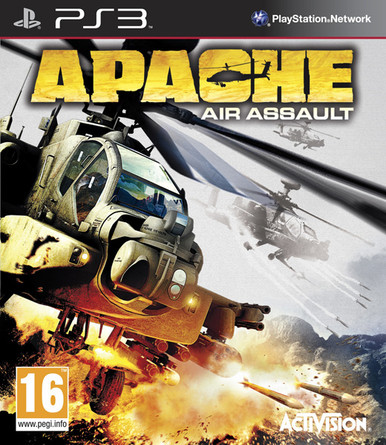 Take to the air in the lethal Apache AH-64 attack helicopter and rain down death from above using the latest in cutting edge military weapons technology. Fly attack, reconnaissance, escort and rescue missions deep behind enemy lines in missions around the world. Use laser-guided precision ground strikes and devastating rounds of explosive Hellfire missiles to take out high value strategic targets. Defend civilians from heavily armed pirates off the coast of Africa, hunt down terrorists in the mountains of central Asia, and take down enemy choppers in intense aerial combat over the jungles of Central America. When you think you've mastered the skies, prove it by taking your skills online in competitive multiplayer matches.