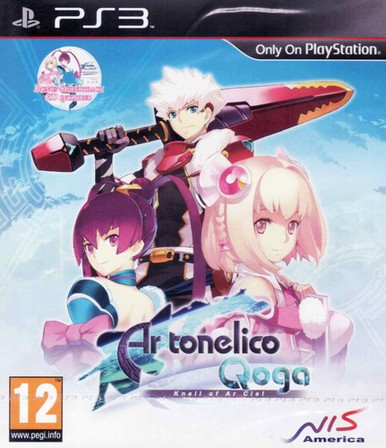 Japan's Ar Tonelico role-playing series makes its first appearance on PlayStation 3 after two consecutive releases on PlayStation 2. The storyline follows a young man named Aoto in his quest to save a girl from being abducted by a mysterious organization. Aoto will be able to form a party with those he meets in his travels, which will take him to various towns and dungeons.

Ar Ciel, a planet that was once lush with many prosperous inhabitants.

The humans of this planet created a new species with the power to convert songs into various energies, Reyvateils, and boasted about their highly advanced civilation.

However, a foolish release of immense energy triggered a global catastrophe that changed the world. The planet was shrouded by deadly clouds, called the Sea of Death. With the loss of the land, only three artificial Towers were left for the people to reside on.

The world of the Third Tower, Sol Clister, is practically controlled by Reyvateils.
The State of Reyvateils who reside in the upper part of the Tower, Clustania, exert their authority over most other nations from the top of the world.

Clustania aims to establish a society that consists only of Reyvateils and "Purified" human slaves.
To acheive that goal, they carry out genocidal campaigns, called Cleansing, upon the human communities that dare to defy them. They literally annihilate cities and towns, turning them to ruins.