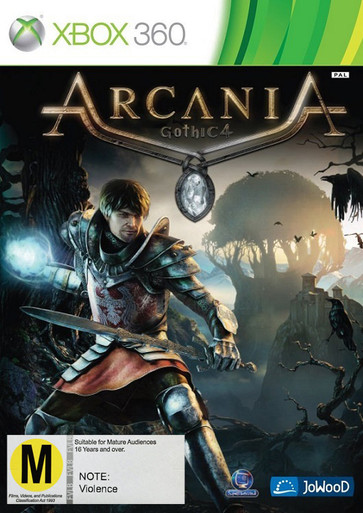 Arcania is a Fantasy Action game set in the rich world of Gothic, An RTS game it features a multitude of compelling and challenging quests, demanding combat, mysterious NPC characters and an immersive plot. The player takes on the role as the Nameless Hero. His entire family and all his friends are slaughtered when King Rhobar’s paladins assault his village. Seeking revenge, our hero leaves the destroyed city behind and soon realizes that this cowardly attack did not just happen on a reckless mercenary`s whim. An evil, ancient power lies waiting at the threshold of this world, and our hero will need to face this nameless evil.Set within a truly expansive fantasy world Arcania looks to revolutionize the RPG among core gamers of the genre with its customization and high end polished game-play.