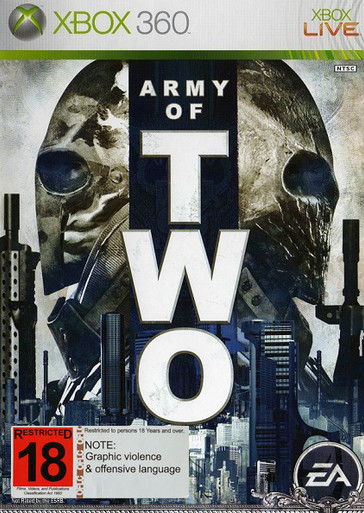 When One Man Is Not Enough…

It will take an Army of Two to stop the corruption of rogue private military corporations. Fight along side your team-mate to become the deadliest two-man military outfit a government can buy. The breakthrough gameplay in Army of Two, with a live or adaptive AI partner, enables you to take advantage of two-man strategies like customizable weapons, vehicles, and tactical shooting. If you’re going to survive, you’ll have to bring down a vast conspiracy in which the line between ‘good guys’ and ‘bad guys’ has been obliterated.