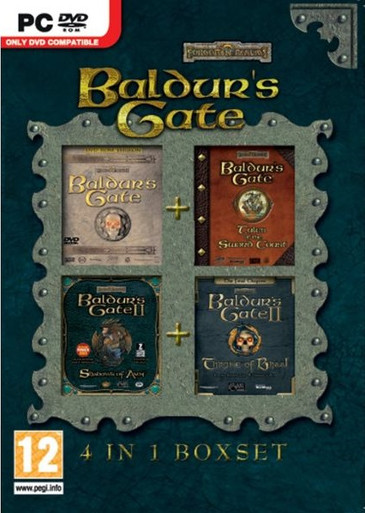 Get the Complete Baldur's Gate Compilation with the Baldur's Gate - 4 in 1 Box Set Compilation! Baldur's Gate takes you on a dazzling role-playing adventure that brings life to the grand tradition of the Advanced Dungeons & Dragons game. Continue your adventure with the character you created in Baldur's Gate where you travel the Sword Coast to find clues on your true identity. In Shadows of Amn, your choices will determine your fate. As you venture through Throne of Bhaal, a storm of chaos and destruction thunders across the Sword Coast - fulfill your destiny in the decisive conclusion.