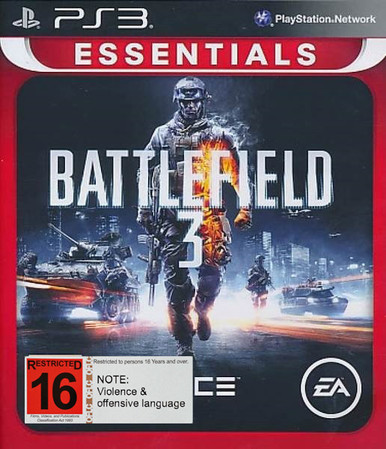 Battlefield 3 Essentials Edition is a First-Person Shooter (FPS) that is designed to attack your senses, delivering a visceral combat experience like no other FPS before it. Sequel to 2005's Battlefield 2, Battlefield 3 utilizes the updated Frostbite 2 game engine, which allows for advanced destruction, sound, and graphics as well as a focus on dense in-game urban settings. Additional game features include: classic Battlefield mission-based gameplay, an impressive array of vehicles including jets and tanks, large-scale maps, an updated soldier class, 2-24 player support online and more.