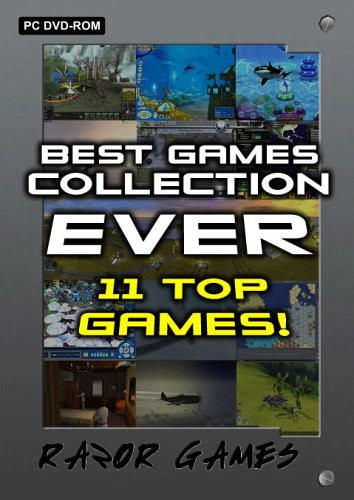 Deep Sea Tycoon 2: The new adventure begins deep beneath the ocean waves! Sea life thrives as players are given the opportunity to create an underwater paradise of dreams. Swim with the whales, ride the turtles, play with the dolphins and feed the manatees.

F/A-18 : Jump into the cockpit of the Navy/Marine workhorse fighting machine-the F/A-18 Hornet. Now you can fly the most prolific carrier-based aircraft in the Coalition arsenal. Load up with precision guided munitions and bring the forces of freedom to bear on the Iraqi regime of terror.

Global Power: A truly unique military and geo political simulator which allows the player the ability to decide on how they want to play the game. Built using recent UN and CIA data the player can play as any 1 of 140 nations and strive to solve the real world economic, social and political problems facing that country.

Moon Tycoon: MOON TYCOON allows players to have total control of all aspects of colony life, from building construction to commerce, colony morale and monthly expenses.

Strategic Command: Strategic Command - European Theater is WWII Grand Strategy at its best. As the supreme commander of the Axis or Allied forces, the player shapes the fates of the nations at war during the Second World War in Europe.

Strike Fighters Gold: Strike Fighters: Gold is a multi-faceted flight-simulation game that features one of the most versatile combat aircraft of all time - the McDonnell Douglas F-4 Phantom II. The core of the game is traditional combat flight-simulation - the player takes command of a thundering jet fighter and engages in aerial dogfight with enemy fighters while seeking and destroying ground targets. The game is set in the 1960s - when aviation technology was still primitive, but advancing at a rapid pace.

Watchmaker: A lawyer, Victoria Conroy, and an expert in paranormal phenomena, Darrel Boone, meet for the first time at 3.00 a.m. in a London legal studio. A few hours later a taxi drops them off at the gates of an imposing Austrian castle. Their mission is to recover a device resembling a huge pendulum, which, stolen by a group of religious fanatics, must be located and stopped before midnight to avoid possible global catastrophe.