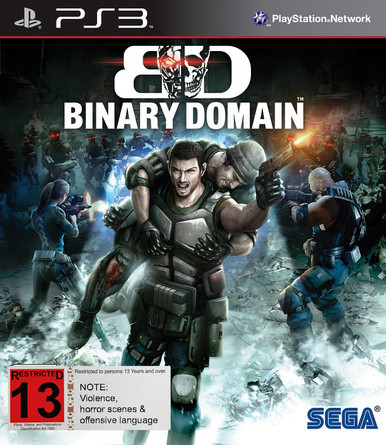 Binary Domain puts players in the middle of a fast paced and intense battle for humanity against androids called the "Hallow Children" in 2080 Tokyo. Fighting through the derelict lower levels of the city, players control an international peacekeeping squad that soon starts to question their surroundings and the choices they make, especially as they realize that the androids appear to think that they are human and they witness the dramatic divisions within society. In the face of this struggle the question becomes, are these these robots becoming more human, or are humans becoming more like machines?