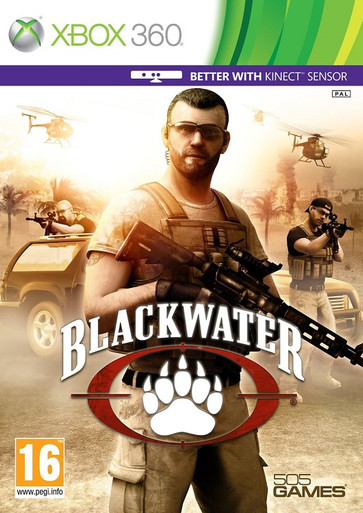 Blackwater takes virtual combat to the next level, using Kinect™ for Xbox to create an unprecedented new level of battle immersion. Just like a real-life Blackwater operative, players must use military tactics and full body gestures to complete high-stakes assignments in some of the most dangerous places on the planet.

Blackwater for Xbox 360 with Kinect Features: