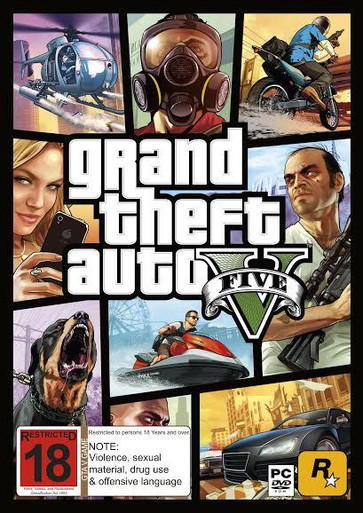 When a young street hustler, a retired bank robber and a terrifying psychopath find themselves entangled with some of the most frightening and deranged elements of the criminal underworld, the U.S. government and the entertainment industry, they must pull off a series of dangerous heists to survive in a ruthless city in which they can trust nobody, least of all each other.

Grand Theft Auto V for PC features a range of major visual and technical upgrades to make Los Santos and Blaine County more immersive than ever. In addition to vastly increased draw distances, Grand Theft Auto V for PC runs at 60FPS in 1080p, with the ability to display visuals in 4K resolution. Players will experience a range of additions and improvements including:

All these features are enhanced by stunning resolution, dramatic improvements to lighting, shadows, and textures, and a smooth frame-rate.

To reward loyal Grand Theft Auto V fans for playing on PC and experiencing a newer, more detailed version of Los Santos and Blaine County, Rockstar Games has an array of exclusive items specifically for these players returning from PlayStation®3 and Xbox 360 – with each of them connected to activities designed for them to experience the game's massive world in new and exciting ways. For more info about gaining access to exclusive content for returning players, please visit rockstargames­.com/V/bonuscon­tent.

Existing players on PlayStation 3, PlayStation 4, Xbox 360 and Xbox One will be able to transfer their Grand Theft Auto Online characters and progression to PC. For more information, please visit rockstargames­.com/gtaonline/cha­ractertransfer.