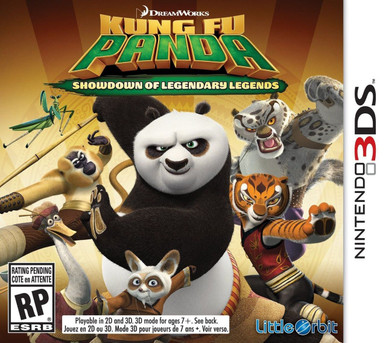 Everyone's favourite Panda is back in the third installment of DreamWorks Animation's Kung Fu Panda franchise. Continuing on his now legendary adventures of awesomeness, Po must face two hugely epic, but very different threats: one supernatural and the other a little closer to home

Gamers join two dozen characters from the Kung Fu Panda animated franchise as they engage in classic brawling action in Showdown of Legendary Legends. Each character can unleash unique moves, special attacks, and a powerful Awesome Attack, while picking up companion items briefly unlocks an extra character for assistance. Solo fighters can battle on 15 different stages, including some with moving parts or environmental hazards, while multiplayer fans can join up to three friends for local or online combat in Versus, Tag Team, and Team Play modes.