Legend of the Guardians The Owls of Ga'Hoole (X360) 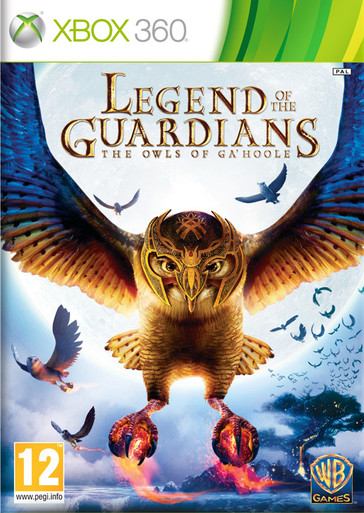 Legend of the Guardians The Owls of Ga'Hoole (X360)

A companion game to the upcoming Legend of the Guardians: The Owls of Ga'Hoole theatrical release, this videogame will take players on an amazing adventure as they customize their very own Guardian owl and experience an airborne adventure like never before. Take on the role of a young Guardian and set out on a secret mission to uncover a new threat to the owl kingdom. Fly, race, fight off enemies, string together combos, and battle epic bosses throughout the mystical and magical world of Ga'Hoole.

The starry night sky holds more secrets, more danger — and more magic — than you could ever imagine. Over treetops, beyond the tallest skyscrapers and above mountains, an entire world teems with mystery and legend. It is a world of flight, a world where owls rule the night, a world where a majestic kingdom stands proudly in the clouds — but it is a world in peril. Soar into the secrets of the deep, black realm above and become part of the epic legend that will come to define an entire stratosphere.

In Legend of the Guardians: The Owls of Ga'Hoole, you'll take flight as a young Guardian owl, charged with a dangerous mission — to uncover a dark secret that threatens the glorious kingdom in the sky. Combining RPG-style immersion with frenetic combat, high-speed racing and awe-inspiring 360° flight mechanics, Legends of the Guardians plunges you into the action and adventure of the major motion picture. Flap, glide and dive through an epic journey that leads you into five stunningly rendered worlds and across more than 25 levels. A robust combat system, complete with lock-on targeting and melee combos brings feather-flying brawls to life as you battle bosses and frightening foes. The owl kingdom is looking for a hero — it's time for you to fly into action.