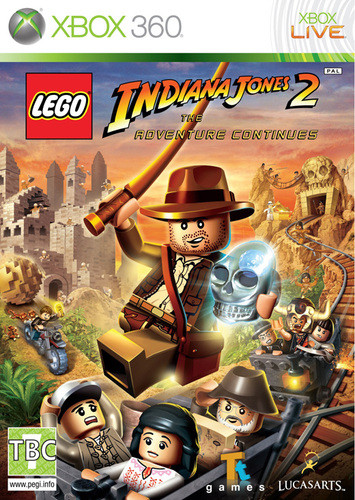 LEGO Indiana Jones 2: The Adventure Continues is a comedic action/adventure game that combines the fun and creative construction of LEGO bricks with the wits, daring and non-stop action of one of cinema’s most beloved adventure heroes. With a unique, tongue-in-cheek take on all the Indiana Jones films – including for the first time ever Indiana Jones and the Kingdom of the Crystal Skull – LEGO Indiana Jones 2 follows Dr. Jones’ escapades from the jungles of South America to the Peruvian Ruins and beyond.

Fans can experience the most authentic LEGO experience yet as they design and build their own game levels brick by brick. Players can even fuse their levels with the ones supplied in the game to create a custom experience like no other. In LEGO Indiana Jones 2, everyone can build, battle and brawl their way through their favorite cinematic moments from the Indiana Jones movie series – or create their own.