LEGO: The Lord Of The Rings (PC) 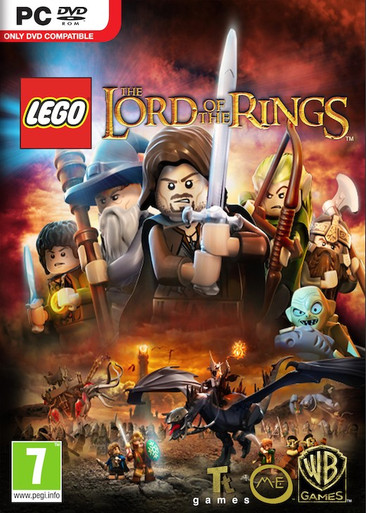 LEGO: The Lord Of The Rings (PC)

LEGO The Lord of the Rings takes players along on the adventures of Frodo Baggins and his unlikely fellowship as they set out on a perilous journey to destroy The One Ring and save Middle-earth. Kids, tweens, teens and parents can traverse the Misty Mountains, explore the Mines of Moria, knock on the Black Gate of Mordor, and partake in epic battles with Orcs, Uruk-hai, the Balrog and other fearsome foes while harnessing the humor and imagination of LEGO gameplay to solve puzzles and explore Middle-earth. Players will take on the form of their favorite members of the fellowship – Frodo the Hobbit, Aragorn the Ranger, Gandalf the Wizard, Legolas the Elf, Gimli the Dwarf, Boromir a Man of Gondor, and Frodo's Hobbit friends Sam, Merry and Pippin – as they relive the most momentous events from the films.