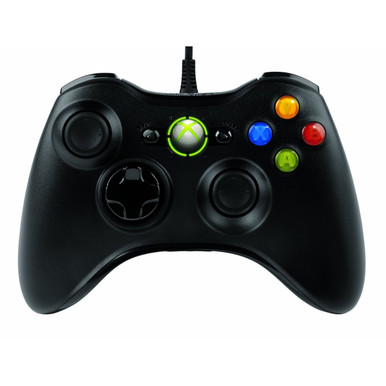 Works across Microsoft's gaming platforms. Xbox 360 Controller for Windows works with most Windows 7 based PCs and Xbox 360, delivering a consistent and universal gaming experience.

Get a better feel for the game. Vibration feedback ensures riveting game play every time, in supported games.

The thin, flexible cord was designed to provide the sensation of wireless with all the performance of a wire.

Elevate your skills. Part of the new Game Precision Series, the Xbox 360 Controller offers precision, comfort and control that will set the standard for next-generation game controllers.