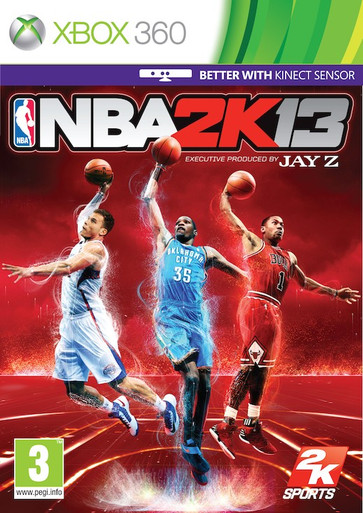 With more than 5 million copies sold worldwide and more than 25 Sports Game of the Year awards won, NBA 2K12 was another monster release for the biggest NBA video game simulation franchise in the world. This year, 2K Sports has joined forces with the legendary JAY Z as Executive Producer to transcend sports video games and take virtual hardwood to the next level. Featuring an enhanced MyCareer mode and all-new gameplay features, NBA 2K13 will let gamers pit the best players in NBA history against the new dynasty of talent. A Jay-Z Production NBA 2K13 is produced by multi-platinum recording artist and hip-hop mogul Jay-Z, who presided over both the soundtrack and in-game elements such as menus, art and gameplay cameras.