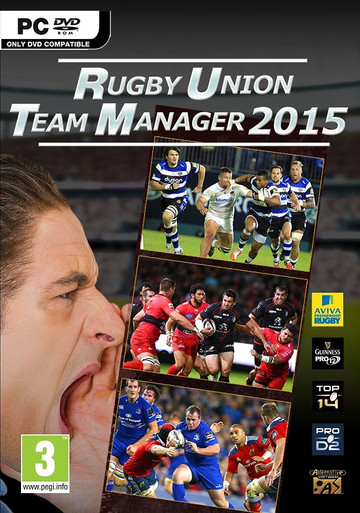 Rugby Union Team Manager 2015 immerses the player in the dynamic world of Rugby management. Allowing the player to battle their way through season after season; securing success both on and off the field. Pleasing the fans, and the star players whilst maintaining the backing of the boardroom. You will be in complete control. Rugby Union Team Manager 2015 delivers the most comprehensive rugby simulation ever produced, with the biggest licensed competitions from across the world, over 14,500 players and over 320 playable teams. Always keeping you in complete control, Rugby Union Team Manager 2015, not only puts you in charge of the team, but an entire club, from youth development through to the first team, the players, coaches, physios, scouts and doctors - you're in charge. Each of the plentiful club facilities are upgradable allowing you to expand on training and tactics that make a great team, and when match day comes, watch all the action unfold in the bespoke 2D and 3D engines, giving instructions in real-time to turn the tide of a match. The game has been in development for the past 2 years, and has been developed, from the ground up by Rugby fans for Rugby fans.