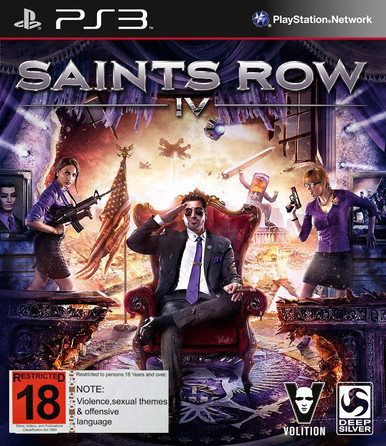 The Saints were once again thrust into the lime light: only, this time they weren't viewed as dangerous criminals but heralded as patriots. Riding their wave of popularity, The Leader of the Saints decided to run for the highest office…and won. Now the President of the United States, the boss has gone from the crack house, to the penthouse, to the White House.

But all is not well. Despite eliminating the deficit, ending world hunger, and successfully lobbying to have pole dancing added as an Olympic sport…something dark is looming: The arrival of the Zin Empire.

Lead by the erudite and egomaniacal Zinyak, the Zin brazenly attack Washington D.C., abducting the President and his entire cabinet. Their goal was to imprison the captives in a virtual prison to break down their will…but they never realized that the individuals they brought onto their ship weren't fat-cat politicians: They were the most dangerous men and women on the planet.