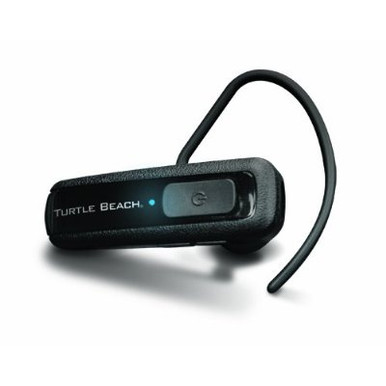 The Turtle Beach Ear Force PBT is a Bluetooth communicator device for the PlayStation 3. It allows wireless connectivity to the PS3 for live chat with others over the PlayStation Network. The PBT is unique because unlike other Bluetooth communicators, in addition to pairing with your PS3, it can simultaneously pair with your Bluetooth-enabled mobile phone too. The PBT’s dual-pairing feature maximizes convenience when gaming because you can instantly switch from in-game chatting to take a phone call - with just a single press of a button. With the PBT’s 2.5mm mic jack you can even use the wireless Ear Force X31 or X41 headsets on the PlayStation 3. All the innovative features that make Turtle Beach’s X31 and X41 excellent XBOX 360 headsets can now be enjoyed on the PS3.

The Ear Force PBT allows you to wirelessly connect to the PS3 to chat to teammates or friends over the PlayStation Network. The PBT is different from other Bluetooth communicators because in addition to pairing with your PS3, it can simultaneously pair with your mobile phone.

This dual-pairing functionality allows for the utmost convenience when gaming because of the ability to instantly switch from chatting with teammates to taking a phone call—with just a single press of a button.

The 2.5mm mic jack lets you use the wireless Ear Force X31 or X41 headsets on the PlayStation 3. All of the innovative features that make the X31 and X41 excellent XBOX 360 headsets will now work on the PS3 as well.

Connect to your PS3 via wireless Bluetooth signal to chat over the PSN (Playstation Network).

The Ear Force PBT is unique because it has the ability to be paired with two devices at the same time. This means that you no longer have to keep an eye on your cell phone to see if you're missing calls while play video games - because when paird with the PBT, you will automatically hear an inidvator tone when a call comes in. With a single press of a button, you can switch from chatting online with teammates or other players to receiving a phone call.

The Ear Force PBT comes with a convenient 2.5mm jack to allow you to use an optional single-ear headset, such as the standard Xbox 360 communicator, on your PS3. When connected to the PBT, you can use your communicator headset on a PS3 and speak to people using your cell phone.

Just like other Bluetooth headsets, the Ear Force PBT also connects to compatible mobile phones, so its multi-function capabilities make it a great accessory to take with you when you're on the go.

The 2.5mm jack can also connect to the Ear Force X31 or Ear Force X41 gaming headsets for wireless chat over the PSN (Playstation Network). This gives you the flexibility to use the high-fidelity microphone on your X31 | X41 xbox headset to seamlessly switch from communicating with teammates over the PSN to answering phone calls on your mobile phone.