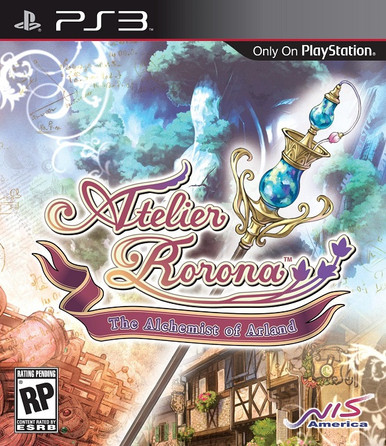 The Alchemist of Arland is a classically styled role-playing game, set in a realm of alchemy and magic, with turn-based battles and complex character development. Based on a long-running Japanese series, it is the fourth console game in developer Gust's Atelier series to be released in North America, and the first developed for PS3. The game's graphics employ cel-shaded 3D characters and finely detailed 2D backgrounds, to create the effect of playing through a high-definition anime feature. Combat plays out with each character and enemy making its attack in turn. Positioning is not important in the abstract battles, but using the most effective attacks at the right times, against creatures with different elemental strengths or weaknesses, can make a significant difference in a close fight. The game's alchemy interface allows players to combine quest rewards and found objects into tools, armor, and weapons of great power or specific use. The game's ultimate challenge is to create the rarest object in the world - an object perhaps powerful enough to save the realm, or destroy it -- using exceptional ingredients and alchemistic expertise gathered throughout the adventure. The plot plays out as a series of 12 great tasks, each of which must be accomplished within a limited amount of game time, in order to proceed to the next. The story branches, according to the player's role-playing decisions, to multiple possible endings.