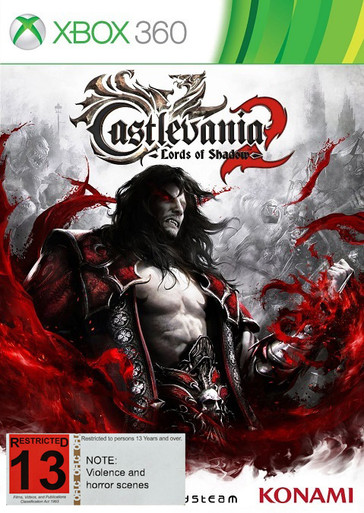 Castlevania: Lords of Shadow 2 is an Action-Adventure game which serves as the final chapter in Konami's Lords of Shadow reboot of the classic Castlevania game series. The game revisits the actions of one-time member of the 'Brotherhood of Light,' Gabriel Belmont, in the previous game installment and details the consequences of those actions in the face of the rise of a familiar, ancient evil that only he has the ability to combat.

At the end of Castlevania: Lords of Shadow, the origin of Dracula and his legendary connection with the Belmonts was revealed. Castlevania: Lords of Shadow 2 is the sequel to that 2010 reboot of the Castlevania series for play on Next-Gen game consoles. In it fans can expect thrilling new twists, action, adventure and challenges, as Dracula returns, this time to battle ultimate evil. Yet the dilemma is that he himself is greatly weakened and yearning for release from his immortal bonds. To succeed against the powerful threat he stands against, the vampire lord must reacquire his old powers - and only his castle holds the key. However, the famed Belmont clan also seeks his ultimate destruction in this shocking conclusion to the Lords of Shadow series