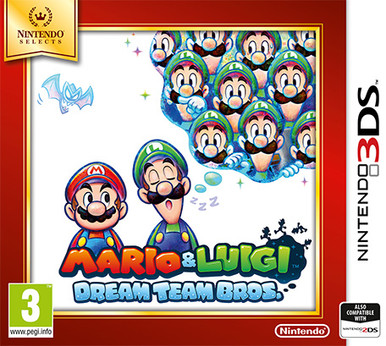 In this fourth instalment of the popular RPG series Mario & Luigi, the story opens with Princess Peach and her staff, plus brothers Mario and Luigi in tow, being invited for a sightseeing trip to the mysterious Pi’illo Island by its equally mysterious proprietor, Dr Snoozemore. But after an initially hospitable welcoming to the island – albeit with Dr Snoozemore noticeably absent – things take a turn for the worse when Princess Peach is kidnapped and pulled into a Dream World by a new enemy in the series, the ghostly bat king Antasma.

To chase down this new foe and rescue Princess Peach, Mario must enter this Dream World through the dreams of a sleeping Luigi, whose brain is revealed to be on a wavelength with the population of Pi’illo Island, the Pi’illo Folk. Alternating between Luigi’s Dream World and the real world, Mario and Luigi must solve puzzles, battle enemies, and even interact with creations of Luigi’s own imagination in order to succeed!