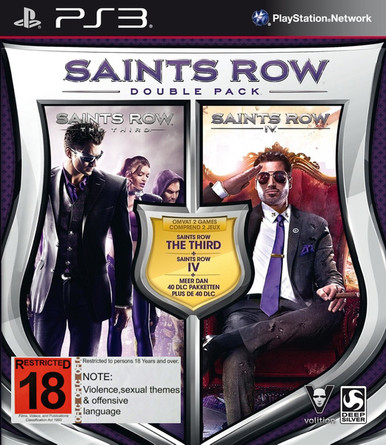 Years after taking Stilwater for their own, the Third Street Saints have evolved from street gang to household brand name, with Saints sneakers, Saints energy drinks and Johnny Gat bobble head dolls all available at a store near you. The Saints are kings of Stilwater, but their celebrity status has not gone unnoticed. The Syndicate, a legendary criminal fraternity with pawns in play all over the globe, has turned its eye on the Saints and demands tribute.

They stirred up the streets of Stilwater and became the new kings of the town. Now, the city of Steelport is about to get rusted when the Saints take the fight to the Syndicates' turf for the biggest, most outlandish chapter in this epic gang war to date.

The Saints were once again thrust into the lime light: only, this time they weren't viewed as dangerous criminals but heralded as patriots. Riding their wave of popularity, The Leader of the Saints decided to run for the highest office…and won. Now the President of the United States, the boss has gone from the crack house, to the penthouse, to the White House.

But all is not well. Despite eliminating the deficit, ending world hunger, and successfully lobbying to have pole dancing added as an Olympic sport…something dark is looming: The arrival of the Zin Empire.

Lead by the erudite and egomaniacal Zinyak, the Zin brazenly attack Washington D.C., abducting the President and his entire cabinet. Their goal was to imprison the captives in a virtual prison to break down their will…but they never realised that the individuals they brought onto their ship weren't fat-cat politicians: They were the most dangerous men and women on the planet.