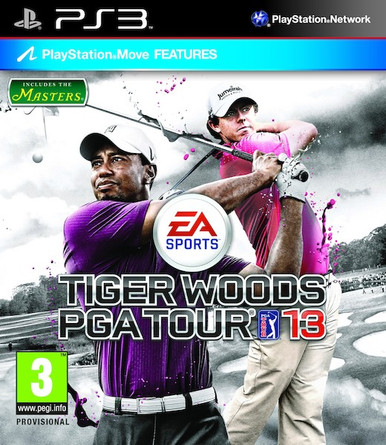 The world's #1 selling golf game is back and ready for another season of PGA Tour golf. Take your game to the next level with the first controller-free, voice-enabled and body tracking sports simulation to support the Kinect sensor for Xbox 360 (optional and sold separately). Put real-life swing in-game with Tiger Woods PGA Tour 13 as you experience revamped swing control, tackle Tiger Woods' legacy and compete against the world's best players at The Masters.

Taking its most significant leap forward in swing mechanics in over a decade, Tiger Woods PGA Tour 13 revolutionizes the virtual golf swing. Golfers will take full control over their swing with all-new tempo, swing plane and shot power controls along with an adjustable shot setup, allowing players to address the ball in a number of ways to create limitless shot types with just one club. 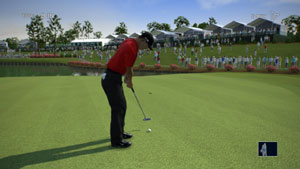 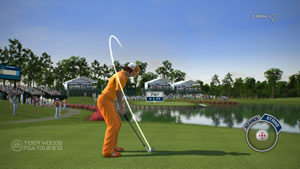 Relive firsthand Tiger Woods' most memorable golf accomplishments as he rises from a child prodigy to golfing legend.

In Tiger Woods PGA Tour 13, gamers are able to invite friends to join their own exclusive country club and team up to gain quicker access to downloadable golf courses or compete against other club members for the coveted Club Championship.