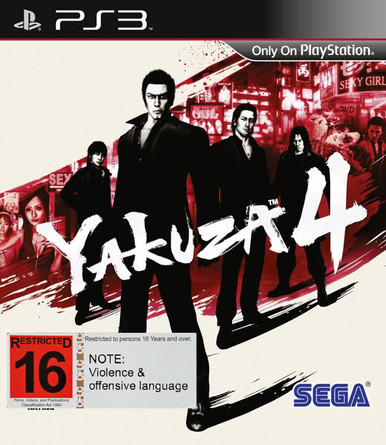 Yakuza 4 picks up the story of Yakuza 3 one year later and takes the player back to Tokyo. The story starts when a man is shot to death in the ruling territory of the Tojo Clan, the organization that has featured in all games in the series to date. A small gang which belongs to Tojo Clan try to establish what happened and their leader is soon found stabbed to death. These events cause a heated battle between four men over money, power, status and honor. The truth becomes apparent as the lies, betrayals and entwined stories are revealed and when these 4 unflinching men get together, the new legend of Kamurocho is born.