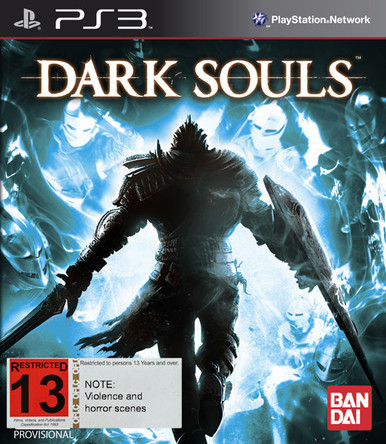 Demons, spawned by the wrath of gods, have brought darkness to the world. Stricken by the curse of the undead, many have lost their souls. Players must battle hideous demons and unimaginable monsters to collect souls and find the Eternal Flame of Life, which is losing its power to restore souls and keep the eternal night at bay.

Enter a dark world filled with despair and threaded by hope where your ability to creatively strategize, learn and overcome unpredictable and unique challenges determines your fate. Dark Souls will demand your absolute concentration, unflinchingly punish your mistakes, but reward your ability to learn from death. Each challenge is a mind game met with endless combinations that will test your ability to creatively strategize a way to conquer unimaginable monsters and progress deeper into this bleak and forbidding environment filled with the un-dead.