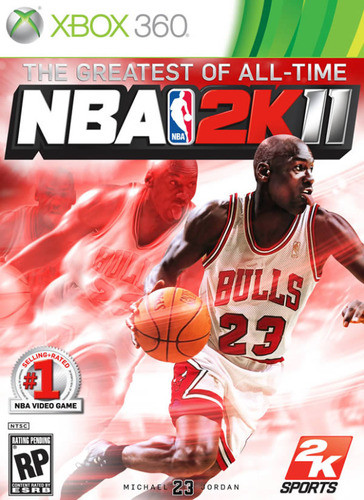 When you're the #1 selling NBA videogame two years in a row, the #1 rated NBA videogame 10 years in a row, and have collaborated with back-to-back NBA champions, Kevin Garnett (2K9) and Kobe Bryant (2K10) - what is NBA 2K11 to do for the next act? Simple: Michael Jordan. The greatest basketball player of all time debuts for the first time in this hardware generation and brings his passion for the game to NBA 2K11 with an all new Jordan Challenge mode, historic Bulls teams, and even a MJ: Creating a Legend mode offering gamers the chance to be a rookie Michael and craft a new career for him. This is on top of improvements to core gameplay elements - including an all-new IsoMotion dribbling controls, deeper My Player mode with new My Career feature, all-new breathtaking visuals, and much more. This year BECOME THE GREATEST with NBA 2K11.